Showing posts from February, 2010
Show all

Why Flandria is the greatest cycling team ever 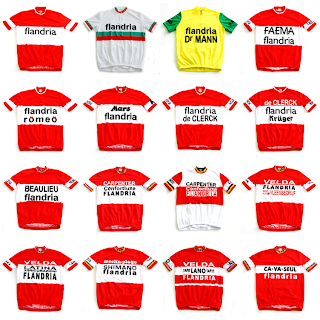 The greatest cycling team ever? You'll get a lot of debate over that one. Every era has its usual suspects. The 60's? St. Raphael (Anquetil/ Stablinski/ Darrigade/ Saint/ Riviere/Elliott)? Peugeot (Simpson/Merckx/Pingeon/Bracke)? Salvarani (Gimondi/Adorni/Altig)? 70's? How 'bout Molteni (Eddy Merckx/Bruyere/Swerts)? Mercier (Poulidor)? Kas? Bianchi? The 80's? The Dutch TI Raleigh squad (Raas, Knetemann, Zoetemelk)? Renault-Gitane(Hinault/Fignon/LeMond/ Madiot)? Or maybe LaVie Claire (Hinault/ Lemond/Bauer)? 90's? Had to be Mapei (Rominger/Museeuw/Tafi/VDB/Ballerini) or was it Miguel Indurain's Banesto? The past decade that saw Lance's Postal juggernaut morph into Discovery and then Astana? Or CSC/Saxo Bank? Well, I submit there's one team that rises above all on a number of criteria. Flandria . For 20 years - from 19 59 until it's namesake patron bicycle manufacturer went bankrupt in 1979 - Flandria was to Belgian cycling as the Steele
3 comments
Read more

Welcome to the Flandria Café... 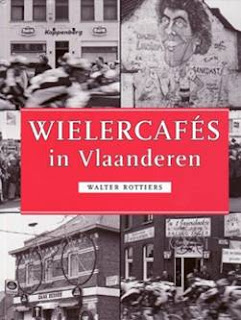 ‘Wielercafe’. That’s what this blog is... a virtual wielercafe. Pity we don’t have wielercafes here in the States. Belgium has about 20 times as many as they have beer brands - and there's literally hundreds of those. The 'Wielercafe' is the crucible of Flemish cycling culture. They even print a guide book for them. They're a cross between a coffee house and an Irish pub. Beer's the beverage of choice, and cycling the main subject of conversation. In bike-crazy Flanders, it's like what Tip O'Neill said about politics: 'All wielersport is local'. The wielercafe organizes the local kermesse races. Serves as the 'supporterslokaal' where elders pass the hat to raise funds for the local hotshot hopeful. Inside them, wielervolk congregate. Ruddy faced cycletourists. Half-in-the-bag bike fans. Aspiring local racing hopefuls. Old-age pensioners reading the newspapers and watching Sporza. Work crews extending their mid-morning breaks. Even the oc
Post a Comment
Read more