Showing posts from March, 2014
Show all

A man you don't meet everyday... 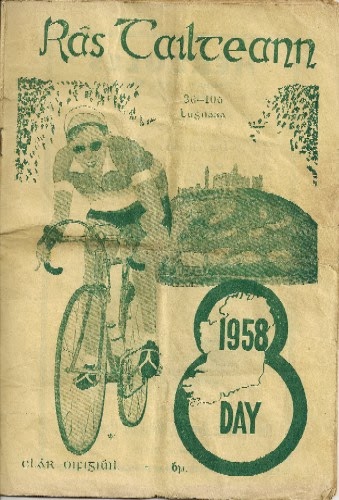 "Oh my name is Jock Stewart I'm a canny gun man And a roving young fellow I've been So be easy and free when you're drinking with me I'm a man you don't meet every day"       Cait O'Riordan & The Pogues - "A Man you don't Meet Everyday" It's not the speed I fear cafesupporters .  It's the miles. That's why this weekend I put in two pretty big days back to back.  Saturday?  5 hours, just spinning along in a 39x16 with Joe and Tony, getting miles in the bank.  Sunday it was 30 degrees and colder. Another 4 hours solo, ditto tempo and gearing, only more climbing that put the ticker up into the red 6 or 7 times.  In the hills, in the wind. Felt stuck to the road, but no matter, it's all necessary you see...   ...for Carhirciveen. Wednesday, May 21 will be stage 4 of the Ras.  The longest day, smack in the middle of a long week. The stage to   Cahirciveen, on the Ring of Kerry, into the extremely wild moun
1 comment
Read more 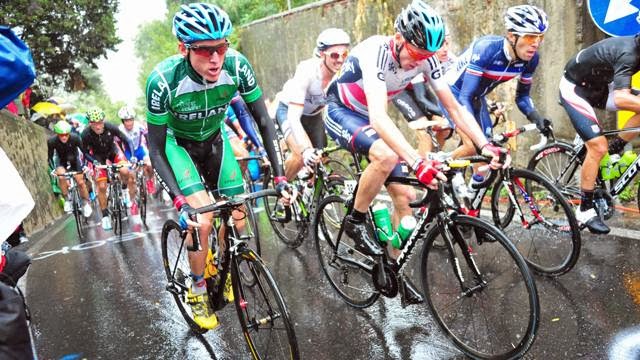 Despite the polar cold and snow, prep for 'Race the Ras' is well underway jongens . Did my annual Threshold test at the Pain Cave a few weeks ago.  And achieved precisely the same not-very-good number as last year, when I was arguably riding more and weighed less, so not too, too bad says he in a glass-half-full sorta way.  As an even fatter  shite, than I was last year, I was frankly kinda surprised to achieve the same result. Maybe 'yer number is yer number' as some say, but I think the result was due to perfect pacing - I pegged last year's average watts, and just kept it there for 20 minutes. Watching the watt number on the big board.  For the first 5, it felt way too easy, but by the end, sure enough, I was fighting hard to hold it.  Steady Eddy.  A lesson in the value of the power meter to a overly excitable Pavlovian dog with no inborn sense of pacing; and another  'aha moment' confirmation of why I was always total crap in Time Trials. During th
8 comments
Read more
More posts