Showing posts from June, 2010
Show all

Photo of the day: the Eagle and the Angel. 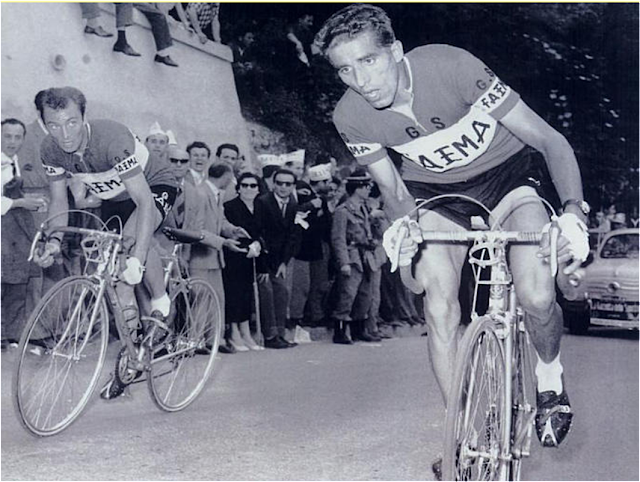 The two greatest climbers of all time were teammates for a while. FAEMA makes espresso machines, and sponsored many champions between 1956 - 1970.   Notable alumni include king of the classics Rik Van Looy, Giro winner and World Champion Vittorio Adorni, and the great Eddy Merckx who rode for Faema for his first dominant Tour and Giro victories of 1968 -1970.   Anorak fact of the day:  The acronym FAEMA was said by Belgian fans to stand for: F aites A ttention, E ddy M erckx A rrive!  (Look out, Eddy Merckx is coming!) But back in 1956, the team directed by former 30's Giro star Learco Guerra, was built around two young climbing phenoms, who would each go on to become Kings of Mountains and Tour de France champions.  Federico Martin Bahamontes (right), the Eagle of Toledo, was the first Spanish winner of the Tour de France in 1959.  Baha would surge again and again, out of the saddle, breaking the opposition in classic Spanish mountain goat manner.  In this photo he's los
1 comment
Read more 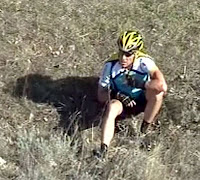 Well, it had to happen sooner or later I guess. I had 35 years of riding in a relative state of grace.  I could brag about decades of rides and racing on both sides of the Atlantic, and almost no huge crashes.  I knew my bike handling skills were in the top 1%. No fear ragazzi ...won't happen to me.   Eddy the magician.  Riding over piles of guys and bikes.  Rain, mud, cobbles.  Anything.  Look who's still upright.   Flying down mountains.  Crashes?  Count 'em on one hand. Today was my day to pay the piper. Somewhat poetically, it was at the end of the perfect ride.  A 5:30am start.  Coming off a maldetto weekend road race at Purgatory chasm when I'd made the early selection only to suddenly get dumped on a climb myself.  Like a pussy, I didn't fight to the death.  Shame.  Pissed at myself, and sick of getting dropped. So this morning I did one of those tempo training rides you dream about.  50x16, 15 and 14.   Flying along, like a carpet unrolling.  Pulse
1 comment
Read more

Jock, and the zen of pedalling up a climb 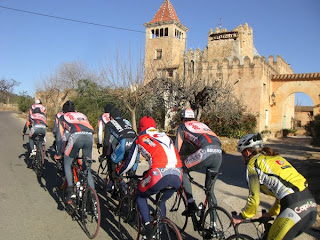 Just coming off a great weekend of training rides here, despite a little more humidity than was really comfortable.  A nice break from racing and mid-week interval intensity, this weekend was a stellar opportunity to get some endurance miles in.  I did two hilly 3+ hour rides Friday and Saturday, each with a different pair of riding partners - all four guys good friends, and excellent experienced riders. Both rides followed a similar pattern, a scenario you all probably know oh-too well.  You hit a good sized climb, one of the guys with you sets a very brisk tempo - a pace not quite hard enough to be called a climbing repeat, but hard enough to hurt the legs, quicken the respiration...and ensure the third guy gets popped off the back.  Boom.  So you tool along slowly to wait and regroup.  And on the next hill, repeat.  Again and again.  Have to admit I was feeling great, and just as guilty of forcing it a bit myself a few times when I should have known better. The pattern of these
2 comments
Read more 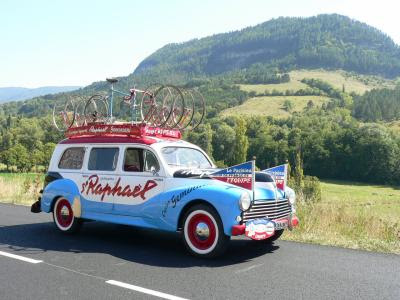 Enough posts about doping... here's a great photo to put a smile back on your face. Some guy in France restored an old Peugeot 203 into a replica of the 1956 St. Raphael-Geminiani team car.   The'first' extra-sportif sponsor of pro cycling, St. Raphael aperitif sponsored the grand fusil (big-gun) himself, Clermont Ferrand's favorite son, Raphael Geminiani. When they made Gem, they broke the mold.  He could talk as good a game as he rode. A total character, super aggressive and one of the last living greats of the '50's.  Later a top sports director for Tour winners Anquetil, Aimar, Merckx and Roche.  More on Gem here . No GPS, TV or race radio in this puppy. But way, way more style. Flandria Cafe needs a ride like this. Link to "Geminiani's Blog"  here  and read more about this very cool restoration. (photos courtesy http://geminiani.skyrock.com/)
Post a Comment
Read more 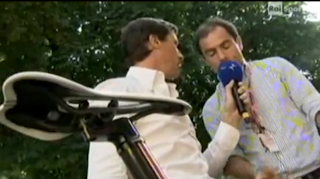 Check out the motor-assisted bike in this video clip.  Davide Cassani showed this on T-Giro show last week ( link here  and here .   Cyclingnews.com story here .)  New feature on Sporza here . Rumor doing the rounds this week is that Cancellara used one this spring during his three-week warpath through Flanders.   Spartacus is denying it to the death.  I hope to god he's right, because if there's any truth to this in the end, it would be his Waterloo - and he'd deserve to be sent to Elba without food, water or his i-phone. Davide Cassani said:   "With a bike like that... I could win the Giro at age 50".     Wow, the heck with Power Intervals...maybe there's hope for me yet.  (Hmmm....wicked fast Eddy?) Utterly disgraceful. When did sportsmanship become so passe ?  Would you get any satisfaction out of winning this way?   Could you live with yourself?   Cheaters -  in the words of the late George Carlin - need to be put on the list of ' people who
Post a Comment
Read more

Survey's in. Crowd's verdict? They all did it. 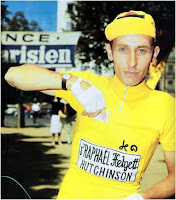