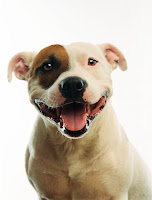 Here's some random thoughts from the first four days of the Tour de France...

Tell Rupert to allocate some budget for a Viper stormtracker radar system for 2011.  I expect it to be installed in the team bus next year. 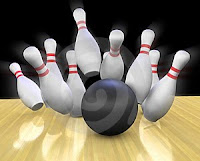 2. Hey go Bowling!  The finish in Brussels at the park near the Atomium is one long power uphill.   One where history repeated itself with the sterk overcoming the snel.  In '78 Walter Planckaert won a long drag that took the sting out of Freddy Maertens.   Similarly this year strongman Ale-Jet powered his way to a great win from the front.

Way less chaos back in '78 though.  Why a crash in the middle of the field?  Don't they teach neo-pros anymore that only the guys on the front should be doing anything kamikaze...the rest should just ride in.

3. Lance = Stone Cold Hardman.   Ahhh...nothing like a well timed WSJ article to unleash the anger we all love to watch.   This is going to get interesting in the Alps next week.

4. Prologues are just prologues:  Paul Sherwen was lamenting Andy Schleck's prologue time loss.   Now three days later after a stellar ride to Wallers-Arenburg, that lost minute seems a lifetime ago.  Seem to recall Marco Pantani having a crappy prologue in Dublin the year he won the Tour in 1998, finishing 181st out of 189, and losing 48 seconds in 5.6k 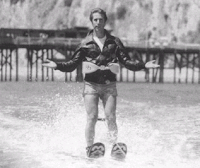 5.  Versus has jumped the shark.  It's official. Their ratings and ad revenue may be up, but Versus' Tour coverage has just jumped over the line into overproduced and overly-commercialized.   A fellow Tour-watcher just said that big 'Shack Tracker' call out arrow pointing at Lance in the peloton reminded him of FOX's NHL coverage with the flaming puck.

We the most fanatical Tour followers, deserve, no, demand better race coverage, and richer supplementary content.  If I have to view to one more Craig Hummer voice-over accompanying a race favorite pout-peering with arms crossed through a spinning bike wheel in one of those cheezy athlete profile, brought to me by Sunguard, or Specialized, and followed by the same old edited race clips strung together... I think I'm going to lose it.

Whatever happened to those 'up close and personal' segments where a journalist actually visited the subject at their home and sat down for for an interesting contextual interview?   ABC's Roone Arledge pioneered the concept in the '70's during the Olympics.  And CBS did some great and memorable segments with their Tour coverage in the '80 and '90's.  I recall segments on Charly Mottet at home in the French alps, and Marino Lejarreta strolling around Bilbao.  Great stuff... the viewer came away with a deeper context and appreciation for these champions as interesting people - not just skinny shills with sublimated logos.

But alas, no.  It's all drive-by TV nowadays. "Keep the production cost down boys, and the ad revenue flowing in."  So we get overproduced studio stuff.   Junk food, junk TV.  One can always count on - and profit from- America's incessant demand for consuming tons of crap.

I think Versus should take a cue from Eurosport, Sporza, France2 or even Canal Evasion in Quebec (where thank God I'll be watching the last 10 days of this year's Tour).  Those networks all deliver much better coverage of the race in approximately the same broadcast time window.   Yes, they actually show all the favorite riders during their time trials.   Hey, did you see how good Cadel Evans looked?  No?  Oh gee, Versus didn't show his ride.  Bah, no matter, he's just World Champion, and was 2nd in the Tour once.   How about Sastre?  Menchov?  Gesink?  Ugggh...didn't see them either.   Good thing we did get to see lots of Road ID, Nissan and Shack ads, over and over and over again...  Just how many times do you need to see an ad in a two hour stretch for it to qualify as a consumer impression?   At what point does the consumer resent the intrusion and vow never to buy the product?

By the way... the Versus broadcast team is still the best, and excused from this rant.  Liggett, Sherwen, Bobke and Hummer- you guys all rock!  My issue is with Versus' content balance - an increasingly mediocre format, only mitigated by the massive talent of their hired broadcast team.

6.  Brothers in (sore) Arms:  For a second I thought it was all over for Fast Eddy favorite Andy Schleck on the Stockeu descent.  Standing, holding his shoulder... OH NO!  Shades of Sean Kelly's crash out in 1987.    The kid is one hard customer though, I was hoping he'd get through the cobbles ok.  Looked like he had a tough night sleeping the night before...  Bad enough living in the fishbowl of the Tour, worse when your older brother posts evidence of your damage on the worldwide web here.   Bad karma move for Frank seems, now he's broken his clavicle on the cobbles.

Little known fact:  In the Flemish zodiac calendar, 2010 is the year of the broken collarbone. 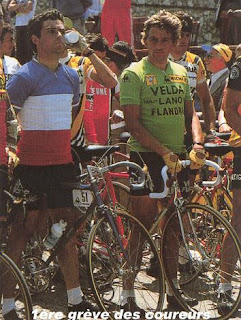 7.  I am Spartacus!  I know Fabian 'Cancel-Spa-er' likes fashioning himself after Spartacus, but with all respect to cycling's latest slave-revolt leader, I think his protest neutralizing the sprint into Spa was taking it just a little too far...

How times have changed.  Back in '78, Hinault and co. walked across the line in Valence d'Agen because insane transfers and split stages (2 stages/day!) were only letting the riders get about 4-5 hours sleep a night.

Now our heroes kill a stage because the peloton had to go down a narrow downhill in the rain?    A descent they all do in L-B-L.   I don't get it.

When Lapize called the organizers murderers and assassins in 1910, he at least kept on racing over the Tourmalet to the finish line.  How ironic that this year two Tourmalet stages are set to commemorate that century-old moment that defined the ethos of the Tour, and calibrated expectations for cycling's culture of souffrance.   Maybe that calibration needs to be reset to zero now...

Spartacus - you guys should have sprinted to the line in Spa.     Food for thought while climbing the Tourmalet next week. 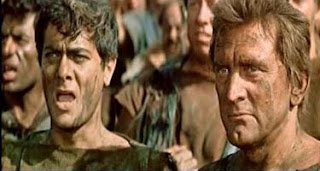 8.  "No, I am Spartacus"...said Thor 'god of thunder' Hushovd as he took his revenge yesterday, laying waste and crucifying the other gladiators on the ancient Roman roads of northern France.

Hey, nothing like a  pissed-off Viking warrior let loose to rampage his way to a great win.    Didn't see the Norwegian TV coverage though... wonder what bad background music was playing as Hushovd won the sprint?