October 31, 2012
Here's an old-school victory salute for ya cafesupporters.

No hands in the air required.  And no Forrest Gump, Hulk flex or fake phone calls.  Nope, just a head thrust up in joy over locked arms, and the simultaneous, gutteral release of a primal victory scream.   And that wide open mouth acting as an air-brake.   Even in old B&W stills, the look on the face said it all.

It was enough.  Perfect even.  Kids these days should take note:  Less is more.

Way before there was Cav, there was Barry.  Going over with a few hundred quid to his name. Tom Simpson's understudy.  Gent dwelling expat.  Longtime member of old school Tonin Magne's Mercier stable, soldier in PouPou's inner circle.

Won a sprint royale to take a Gent Wevelgem away from Merckx, Verbeeck and co.  And eight Tour stages.   One may have been gifted the day after Tom Simpson died on the Ventoux, but the others were no gift, make no mistake about it.   In '68, this sprinter won a mountain stage to Sallanches.

My ol' CCB manager John Ireland used to scoff with indignation about the early '80's BCF establishment that "Barry Hoban had forgot more about cycling than the lot of them will ever know".

Bordeaux became Hoban's town.  He coveted  stage finishes there much as his countrymen covet the claret of nearby chateaux.

His first win there was in 1969.   The first Tour of Merckx domination was winding down.  Few remember that Barry won two consecutive stages on the run up to Paris.  The first into Bordeaux was over a five man break, besting soon-to-be world champion Harm Ottenbros.  Then he duplicated the feat the following day into Brive... his violet and gold Mercier Jersey screaming over the line over another five man escape, this time besting Evert Dolman.

He won two stages in 73 and another in 74.  By 1975 he'd become a wily old peloton veteran..just about the only English speaker in the bunch.  And in that 'Tour-too-far' for the Cannibal, Hoban took the big sprint royale on the Bordeaux velodrome, lunging just ahead by a half wheel ahead of a wall of churning legs and metal powered by maillot vert Rik Van Linder, Walter Godefroot, Franceso Moser,  Gerben Karstens, Pierino Gavazzi and Marc De Meyer.   The cream of seventies euro velocistas. 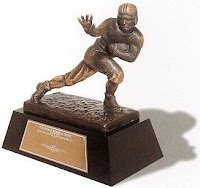 Again, the scream.   I bet you could have heard it above the crowd.

I bet Barry can still hear it.

If cycling had a 'Heisman trophy' for sprinters, I think it should be the sculpted bronze pose of Barry's Bordeaux scream.