December 21, 2012
So today Nissan officially pulled their name from the Radio Shack team.

Quick year-end review:  Nissan.  Rabobank.   R8 (Petrol).  Big Mat.   All pulling out of pro cycling in the past few months.

Can you blame them?

What's poignant...and should cause some serious change in Aigle... ought be the inescapable fact that these companies -  all of whom bought into professional cycling as a (positive) publicity vehicle for their brands -- are writing big checks to NOT  have their name associated with what they obviously now deem a sordid show.   They'd rather not get the publicity they're paying for, because they feel the association is that bad for their brand.

"We'll pay you but would rather our name not be associated with you lot anymore... in any way, shape or form."

Nice endorsement eh?   Don't let the revolving door hit you on the way out!  How sad is it when a company who once supported the sport feels it's become more of a liability than an opportunity.

And it's a development that begs the question:  "At this rate, who'll be left?"

*"In professional cycling, the probability of securing and maintaining an extrasportif sponsor's support is directly proportional to the percentage of the enterprise owned/controlled by their 'cycling-lover in chief'.... and the depth of his personal pockets"

Well, the UCI domo Pat can hire a slick Dublin PR firm to spin his way out of it all he's wants:  I prefer empirical evidence.

Like how about a looking at a categorized list of some of the extra-sportif corporations who've title sponsored top level pro cycling teams over the past 60 odd years, and comparing it to those who are in for 2013.

Now admittedly some of these former sponsor companies may be long gone, but their business categories aren't.  You get my point.   And when you think of the major brands who once supported the sport but have left and haven't come back... well, it's more than a little concerning. 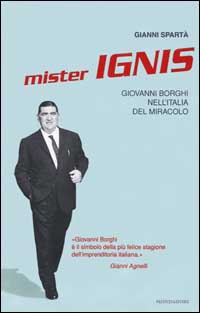 So who's continuing to support the pro teams jongens?

All are guys with the deep pockets and degree of control to do what they want without needing to look over their shoulder and adjusting their ambitions to pesky shareholder or PR concerns.  Uber-powerful autocratic and ambitious leaders who either have long term cycling love so big it blinds them to the short term PR negatives (unless the fallout is so great on their business, they cut the cord a-la-MAPEI)...or have enough riches and power to do whatever the hell they want.  Or perhaps they're in a 'less-competitive' business category like Russian oil immunized from western PR sensitivities.  (Damn the torpedos comrads...full speed ahead for the glory of the motherland!!)

Fact is, their marketers are making alternative promotional choices.  Because they're capitalists who have to justify their support to multiple stakeholders:  A board, public shareholders and public customers.  It's a simple risk-return equation you don't need a calculator to figure out.   Just read the press:  Even a sixth-grader can understand that a marginal marketing exposure 'return' no longer justifies the 'risk' to the brand image from negative PR.  Especially in our social media, hypersensitive age.  Those are factors an oligarch isn't encumbered by...but the Nissan directors on the other hand....

It's the decline of a once-great commercial model -- The concept that a non cycling-industry 'corporation' could underwrite a professional cycling team as a cost effective vehicle to magnify its brand to a wider audience, generating positive impressions and associations...and selling lotsa stuff!

It was a concept birthed by visionary and entrepreneurial cycling greats like the late Fiorenzo Magni, and Raphael Geminiani.   And it's a concept that gained traction with cycling-loving captains of industry during those post-World War II economic miracle decades when everything was on the up.

An early, successful prototype of the model was Giovanni Borghi:  The Milan industrialist founded the IGNIS brand of household appliances.  His factories would turn out one appliance every eight seconds, and make billions selling them to Italy's exploding middle class.   Borghi was famous for his early support of cycling, and his yellow IGNIS jerseyed squadra won more than a few great races in the late fifties and early sixties.

Borghi was aggressive, flamboyant and flashy.  And he took care of his stars - famously buying Spanish sprinter Miguel Poblet a Lancia convertible after his Milan San Remo win.   On top of his 25 million lire per year salary.

And in 1959 Borghi signed the man most of Italy thought would be the man to replace Fausto Coppi:  1956 Olympic, 1958 Giro d'Italia and World Champion  Ercole Baldini.  He lured Baldini away from Legnano with a contract so fat many said it only served to asurre that il treno di Forli.. would...well...get a little too fat himself!  He was never quite as hungry once he went to IGNIS.

But I digress.   Borghi kept control of IGNIS in the family.  In the paternalistic Italian industrial model - like Ferrari, Maserati or Campagnolo.   He later turned the reins over to his son, who in turn finally sold the company to Dutch conglomerate, Philips.

Borghi is still remembered in Italia.   RAI even aired TV miniseries about his life this past year, "Mister Ignis".   Some say Borghi was a major role model to another young ambitious milanese you've probably heard of:  Silvio Berlusconi.

An associated dilemma raised by the Borghi principle lies is that the fact that the UCI ProTour concept has raised the ante for forming and sustaining a professional cycling team so high, it's a stretch beyond the reach of most 'regional' companies.  In the IGNIS days, teams didn't have big team buses, fly to races, and have huge support staff payrolls.   They paid most of the riders 10 months of the year.  Two team cars.  One directeur. Part time mechanics and masseurs.  Some embroidered wool clothing and let's go racing!   The ante was lower.  Easier for Borghi to say 'yes'.

Now I'm not a retro-grouch saying cycling should try to turn back the clock, but perhaps the current price-value equation should get a cold hard look.  I am saying that 'changing cycling' should involve team salary and investment caps.  Seems the cost side of running a pro team has exploded almost beyond reason because it could, and because winning at all costs has fueled an overhead-arms race mentality.   But why should SKY and BMC be able to outspend Eusakdi and Colombia Coldeportes by so much?   More, smaller teams, more regional depth, more and smaller pro races, mandated amateur feeder programs... all would be good for the sport.

Maybe it's time to try running the really big ones - the Giro, and Tour - with national selections again like Magni suggested?  Maybe the top heavy pro tour concept is a big part of the problem?  Pro football (soccer) still has multiple division, and country-specific pro leagues.  Couldn't cycling?   Shouldn't cycling?    The inflated cost structure of ProTour participation has created a 'go big-or-die' mentality.  It's killing Spanish cycling, and killed the Euskatel idea that a regional team has a place in ProCycling anymore.  It's killing the sport if you ask me. 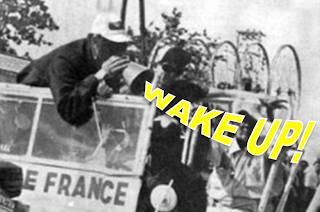 But put cost aside. The bigger issue is not that 'non-Borghi' extrasportifs are jumping off the pro cycling bus because it's too expensive.  They're fleeing because they think pro cycling is corrupt and harmful to their brands.

Time to clean up your act cycling.