The power of random coincidence, and why we're here.

Rain jacketed guys are huddled with their bikes under small doorways on the main street to stay dry. Paul and I are on our bikes and circling, impatient to get this show on the road.  Tired of waiting around in the rain.

The moderately paced group goes out 15 minutes before ours.  "C'mon Eddy O, lets go!" says Paul as he gets out of the saddle and sprints onto the back of the train.

Later maybe just under and hour or so into the ride, I see Paul standing with a group of folks by the side of the road.  He's talking.  He rejoins our group again.  I don't think much of it at the time, figured he was doing some Race the Ras PR chatting with the other group for awhile.

After what seems like a decade later, that afternoon back at the hotel while he sprays second skin on his road rash, he tells Alan and I the story of his early start...
As Paul rode along with the second group, he came upon a young teen,  He's riding an ordinary bike in sneakers, with toe clips and straps.  Just off the side of the group.  It reminds Paul of how he started cycling, so he strikes up a conversation.  Asks the boy his name.  And why he's riding on this rainy morning.

"I'm riding together with my brother over there.  Our ma died of Cancer in March, so we're riding part of the route today for her."

Paul is stunned.  At their pre-arranged arrival point, they stop to meet their father and small group gathered by the side of the road.  Paul stops with them, and introduces himself to the father.  Shakes his hand, and expresses his sorrow for their loss.  He learns that as part of the attempt to raise money for his late wife Mary's treatment, a cycling club was formed in Roscommon. They are riding today as part of that group.

The two boys have no idea who he is, and Paul is too modest to ever talk about his past accomplishments. But one of the small roadside group lets them in on it. "You know this man dontcha?  He's Paul McCormack. He won the Ras twice."

Before he jumps back in the group, Paul asks the boys and their da for a favor.  He wants them all to be his guest at our final dinner Saturday night outside Dublin.

As he tells us the story, Paul says he's not sure they'll come, but really hopes they will.  Ever the hustler, he gets on the phone with his fellow co-conspirator Philip Cassidy to set the wheels in motion to ensure they'll be there.  I note that this project is more front of mind to him than his sore hip and road rash.

Ever a believer in a higher power behind such random moments, and having unshakable superstitious faith that accidental conincidences like this never happen without a reason, a thought suddenly crosses my mind.  "Hey Paully, I'll betcha five bucks that 10 years from now, one of those boys will win the Ras." The two former Ras stars laugh. But interestingly, neither takes the bet...

So fast forward to a fantastic Saturday night out in Dublin. After entertaining the entire Race the Ras team with his annual tongue-in-cheek verbal storytelling banter with Philip Cassidy (Those two make a natural stand-up team), Paul recounts his story of meeting the boys to the group.

Now as good a cyclist as he is, Paul's perhaps an even better orator. By the end, he's getting a little choked up. There's barely a dry eye in the room.
He then introduces the boys, Patrick and Kevin. And their father Francis. Paul, Philip and the Isle of Man's Andy Roche (who won the Ras in 1997, and had been riding the real An Post Ras in 2014 with the 'Race the Ras' team) present them their Race the Ras jerseys to a warm standing ovation. 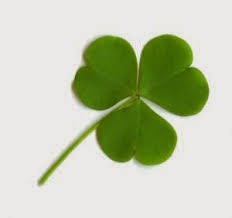 Despite the daily dedication of a stage to a different person impacted by Cancer, it was easy to get caught up in the cycling, and lose sight why you're doing an event like Race the Ras. Forgetting was especially easy for me, as to borrow a overused cliche symbol from St. Patrick, I had a 'trinity' of reasons to come over to Ireland.  To ride for a week with good friends in a major cycling challenge and relive past glory days.  And to immerse myself in my cultural homeland.  Those two reasons felt like plenty enough.

But Paul's telling of his spontaneous, accidental encounter on the road out of Roscommon reminded me - and all of us - of the most important reason we were all gathered in that steakhouse outside Dublin.  To raise a little money to fight breast Cancer, a disease that impacts the lives of so many.

Seeing these two smiling red headed teens reminds me of my own similarly red-headed teenage son back in America, and how much I miss him. Tommorow we'll ride into Skerries, and everyone will disperse.  One more day, and it'll be time to go back to real life, to work and family. This physical challenge will be over.  I'm conscious though that for the many whose lives are affected by Cancer, their pain, and their challenge, will not be over tomorrow night.  For Cancer victims and loved ones, theirs is a perpetual fight.

The next day in Skerries after we cross the line, Paul is called up on stage with organizer Eamon Ó Muircheartaigh.  Paul recounts for the crowd gathered for the final stage of that Ras his story of meeting the Fanning boys on the road in Roscommon.

But Paul didn't tell the crowd another story. One I'll now tell you.

On the same May Sunday in Skerries two years ago, Paul was in the crowd as just another spectator, watching the final stage of the Ras. He'd gone back home to Ireland to spend time with his mother Rita, who was herself fighting a final battle with Cancer.  He'd taken a few weeks leave of absence from work to go over, back home.  To renovate her bathroom, and spend some precious time with her, knowing it would likely be their last time together.  Believe me, the 21st century is no less painful to the diaspora.

He went on a Sunday afternoon to watch the Ras, and he saw the first Race the Ras team come rolling in. Heard for the first time about their cause. It all suddenly just clicked.  He introduced himself and asked to get involved.

The power of random coindicence. I believe things happen for a reason.

Paul's Race the Ras discovery in Skerries led to his reconnection with old friend Philip Cassidy.  Which led to him riding last year.  Which led to me being here this year. And Alan too. And Aaron, and Scott.

And others no doubt.  For as Paul climbed off the stage and got on his bike to pedal his final k to Brian's bus in the Skerries sun this year, he was approached by two strangers.  They introduced themselves, were moved by the story of the Fanning boys, and told him they also intended to ride in Race the Ras next year.