Images for today: Longbows and rainbows. "We few, we happy few, we band of brothers;  For he today that sheds his blood with me Shall be my brother...And gentlemen in England now a-bed Shall think themselves accursed they were not here,
And hold their manhoods cheap whiles any speaks

That fought with us upon Saint Crispin's day."
William Shakespeare, Henry V

For a post-world's hangover Monday, a few images remembering the last time a pro road rainbow jersey was worn by one of the Queen's subjects.

Somewhere, Tom Simpson is looking down smiling, you can be pretty sure of that.  I'd like to think so anyway.  Simpson always believed that an all-British squadron could take on and defeat the best of the continentals on the road at their own game.  He died valiantly trying to prove it back in 1967.   And it's taken 40 plus years for another GB team to demonstrate it.

40 plus years of dawn patrols: Hoards of anonymous riders suffering in time trials on quiet English lanes, a traditional cycling culture, hoping to cultivate and discover another Simpson.

40 plus years of chats during tea stops on winter club runs, in cold northern towns:  Building up new hopes, lamenting the nearlys and if-onlys, questioning why pro road cycling glory somehow never seemed to be come back home to England.

Well, yesterday a band of brothers that would have done Henry V proud, finally proved it.  Appropriately, they did it the hard way, against all odds.  Like Agincourt, all over again.  St. Cripins day along a Scandinavian coastline.

For a good chunk of the race this Irishman thought that yet another display of English pride and stubbornness - this one expressed on two wheels -  would go unrewarded.  Riding on the front of the whole race?  Surely they'll fold in the finale when the fireworks really start?   Madness.

Well, say what you want about mad dogs and Englishmen. Against all odds, it bloody well worked.  Thanks to a few English bulldogs of war with names like Wiggins, Millar, Hunt, and Froome.


"Never, in the field of world cycling conflict, has so much been owed by one man, to just a few."


But oh how especially owed to Bradley Wiggins.   Man of the match, according to Flahute here.   On the front almost the entire last lap, single handedly hauling in Voeckler and Hoogerland.  His last lap was more than incredible.  It was magnificence.

And it was Britannia once again, ruling the waves:  Shooting down waves of attacks, in a sea of waving foreign flags.


Flandria Cafe's congratulations to Mark Cavendish, the GB team, but most of all to all of Britain's cycling-loving thousands who've so patiently waited such a long time for another World Road championship of their own.

Now it's on to conquer the Tour in 2012.
The historical metaphors in that one should provide an endless source of raw material! 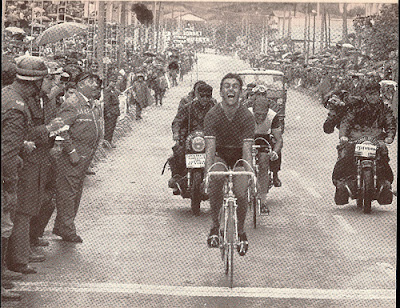 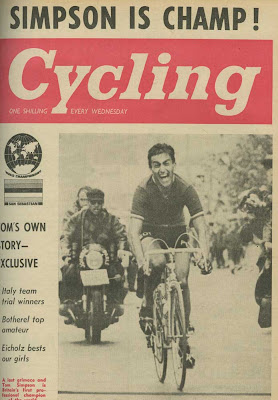