February 08, 2013
Been a few weeks cafesupporters.   Been head down, flat out, earning a living.  Yesterday I realized I've worked morning-night for 3 straight weeks.   Barely a thought for cycling.  I know, sacrilege!  Only squeezing 4-6 hours training in.

Last night, it was time to pay the piper.  The annual reality slap:  Group computrainer threshold test with my BikeWorks club at Todd Kenyon's Pain Cave in Warren.  Hard as you can go for 20 min, with your numbers up there in real time for all to see... so no slacking off!

But hey, I'm not complaining, no excuses.  I'm happy to have a lot of work, and to keep my life priorities in proper order.  The weight will come off this spring, the old power will come back.  Piano, piano. 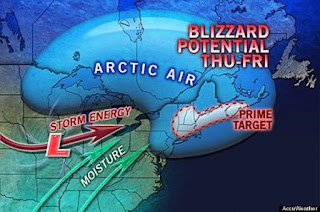 There's a nor'easter coming in tonight to New England, and everyone is freaking out.   Everything was cancelled today, school, work, you name it.  Well, it's now 4 pm, and there's barely a dusting of light snow on the ground.   I swear, we Americans not just getting soft, we are soft.  It's been two days watching a doughy citizenry stockpiling milk bread eggs and batteries like an invasion were coming...afraid that - god forbid - they might miss a meal.   Or be inconvenienced by power loss for a few hours.  The airways are filled round the clock with with Alarmist Weathermen™* stirring the pot.

As little as 20 years ago, 2 feet of snow used to be a normal event in winter around here.  Now it generates more general public alarm than the state of the national debt.   Better I talk about something else...something to provide some perspective perhaps...

Today's I received a regular, but well-timed ball-busting email from my pal Steve Pucci, chiding me that I've been so busy for a month that I missed the passing away last month of the great Sandrino Carrea. One of...perhaps the last... of Fausto Coppi's loyal gregarios.

I don't know much, but I do know that if Sandrino Carrea saw what were going on around here today, he'd be rolling in his grave.  Or maybe laughing.   Yeah that right, laughing.  Laughing at all of us.

Look up gregario in the dictionary and there outta be a picture of Carrea.  He rode always and only for just one master:  Il grande Fausto.   And he had no doubts, nor dissatisfaction with his role.  A friend of Serse Coppi as a teen, who brought him into the inner sanctum of Biagio Cavanna's SIOF stable.  In today's points-manic UCI World Tour, you wonder if a Carrea would even be in a team...

He is well known - by those who follow cycling history anyway - for taking the Maillot Jaune during the 9th stage of 1952 Tour de France.  Sent up the road to cover an 86km break by his boss in the Italian national squadra, Coppi.  The break stuck, got a big time gap, and Carrea somewhat unintentionally ended up taking the overall lead in Lausanne, the day before the high mountains commenced with the first ever stage to finish Alpe d'Huez.

One deserved day of glory, in a career of suffering and toil.  An exploit that should have been joyous, but instead one that filled Sandrino's sad eyes with tears, and tore his heart with angst:  Shod in jaune, but worried about upstaging the boss, he immediately went crying..really literally crying.. to Coppi who smiled perplexed and asked why the waterworks?

The next day that poor boy climbed to Alpe d'Huez in a jersey that would fly off his back as fast as Fausto Coppi flew up the then-dirt road to seize a yellow tunic he'd keep till Paris.

Those tears are hard for many of us to understand in today's me-first world.  To perhaps understand where the tears came from, it helps to peel back a little more of Sandrino's tale, to turn the clock back.  A decade.   To a much less written about, little remembered fact about Sandrino Carrea:  That he was in a concentration camp during the war.   He recounted that tale in the following passage I translated from the great Italian read “Gli Angeli di Coppi”, by Marco Pastonesi.

“Then came the war.. I went to the barracks on April 25 at Guaciorna, but they put me in jail, saying I was a traitor.  A dozen days of transfer, Germany, Buchenwald, two years in a concentration camp, hunger thirst cold sun, agonizing fear, resigned to a melancholy that never ends. 360 sleeping together, one next to the other to not feel the cold, in an enormous hole, covered with a tarp, and every morning there'd be people who didn’t wake up. They’d give you a soup of dirty water with potatoes or carrots, and after a few months your stomach wouldn’t take it.. you’d vomit it all. Lived only thanks to subterfuge. I owed my life to one of those Belgian wool winter caps I brought. It could rain down the wrath of God, but not a single drop of water would pass through it. Owe my life to the potatoes I stole and put in my pocket that nobody saw. And owed my life to one of the 7-8 packets sent from home, the only one that arrived, with farina, rice and 6 cigars that – one at a time – I used to buy off a German officer”

“War ended, walked 18 days in deep snow, left with 3,000 and 800 arrived. Those that stopped were lost - dead. I owe my life to a guy named Giuseppe, who had fought in Africa and Russia, who pulled me up when I, exhausted, was abandoned on the ground.

Arrived in Berlin and stayed there another 6 months. Then we stole a horse. Four on its back and one to guide the horse.. from Berlin to Prague, in 2 months, and when the horse couldn’t go on, we killed it and ate the meat. Then another 4 months in Buchenwald, again, finally the return home. I remember that my father was out on his land, picking cabbage…”

It was winter.   Well, here tonight, it is winter.  And like most, I'm in my warm house, safe and comfortable, with my family.  But with a pang of guilt, I gaze out the window at the falling snow, and think of Sandrino Carrea.

Outside, it is winter.  And I count my lucky stars in appreciation, and pray I never have to experience what real suffering is.  Perspective:  last night's 20 minutes a bloc at the pain cave was not suffering.  That was 'play'.

All night out out in winter cold, without hope of ever coming in.  Or trudging through snow for days.  That's suffering.

Something to think about as you start your snowblower tomorrow.

(*Alarmist Weatherman, © Marc DeMeyer-stein, 2013. .. your royalties for borrowed usage in the mail Marco...)