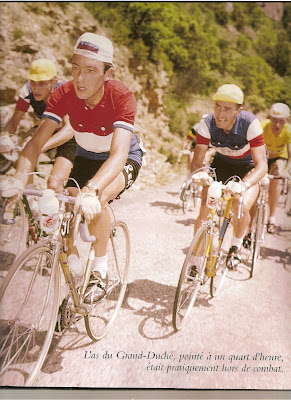 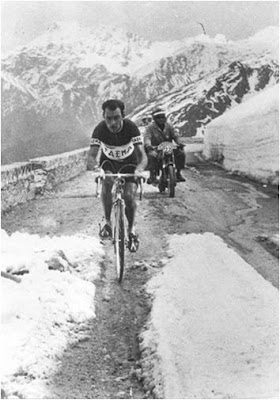 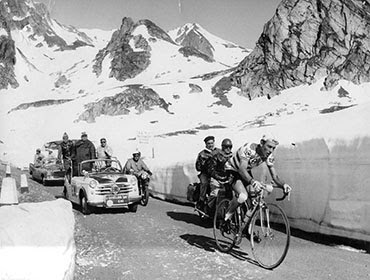 Charly Gaul was 'de man'.
His advice for climbing the toughest mountains: "Use the lowest gear you can, and rev it as fast as you can".
He was the antithesis of what you'd think was the 'right stuff' to win big tours. Short legs. Not that small for a climber: 5'7", 142 lbs. Upright position. Not aero - bars almost as high as the saddle. Not the power to turn big gears.
But Charly was an aerobic phenomenon with an amazing and steady tempo that would asphyxiate the competition. And a motor that could beat Jacques Anquetil in a flat time trial. 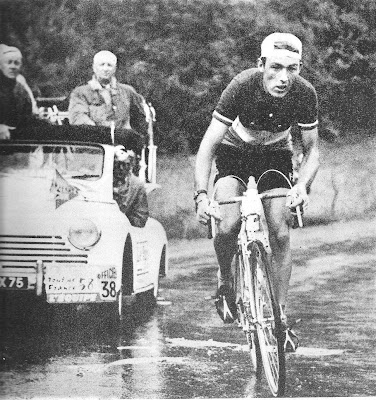