January 05, 2014
Some guys strip down on New Years day and do a polar bear plunge into the Atlantic ocean... 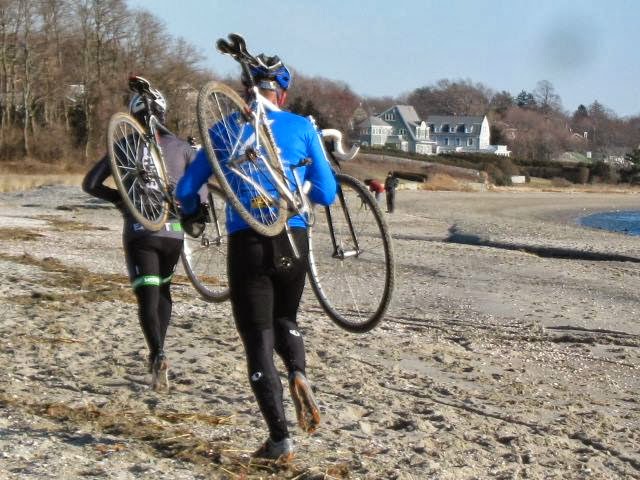 Others get together for a highly informal but hugely fun bandit cyclocross at the RISD farm in Barrington.   Kudo's to Geoff Williams (aka Gewilli) for putting together a great informal gig.  And thanks to my pals Hans Hagman and Vicki Bocash for letting me repurpose their photos here.  (Your royalties are coming in beer.  I promise.) 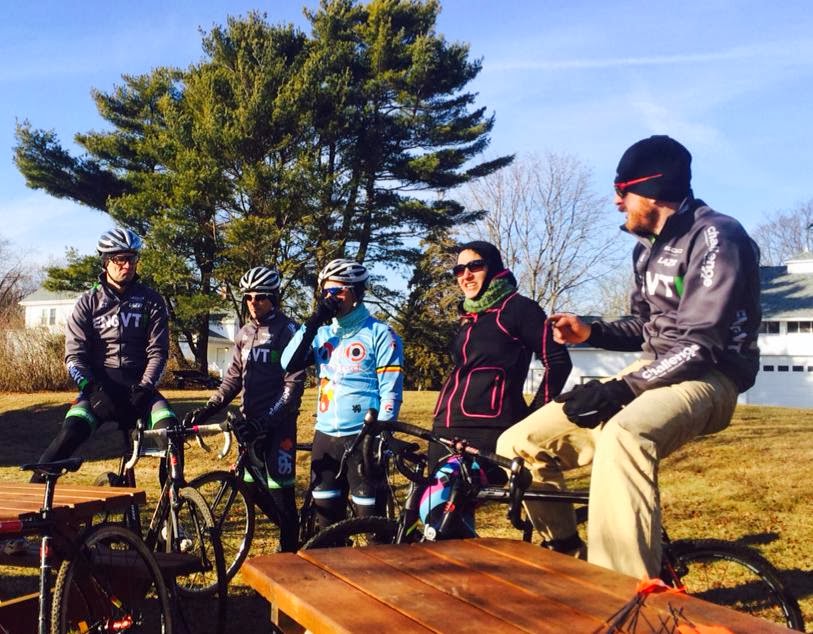 Bandit Cross was one final chance for some of the more serious, nationals-bound skinny volk to get some final race intensity workout before the Noreaster hit us Thursday..

For me it was an improvisational  line in the sand to kick off my fitness act in gear for a New Year.  Resolution?  Sorta.  Gotta get in shape for a massive challenge this May.   More on that in my next post.

Thank God GeWilli broke it into two - 20 minute sessions.  I don't think I could have raced for 40.
Ja hoor, I'm wicked out of shape.   No worries, been here many times.  Getting fat in winter isn't so bad.

Ah, New Year's Cyclocross:  Think of it as heart rate resuscitation paddles to shock a fat overworked guy into the new year.

Funny how it's so easy to sky your heart rate when you haven't been training.  I was on the limit but not moving very fast.   Fun though.

I probably would have been better off riding the bike straight into Narragansett bay, true polar-bear style.

With my current blubber padded torso, a plunge would have been a heckuva lot less painful than 100 meters of running across the sand.  At least the pain would have been over faster...

Seriously, it was pretty fun to blow the carbon out and go hard again.  But the best part of the day was having a post ride beer with the others, catching up with Hans and Vicki, and meeting Lesli Cohen of Cyclismas.com fame and discovering we graduated from High School together! She was Lesli Watson back then - a 'wicked smaart' honors kid.

Me?  Well, I was the one AWOL out on his Peugeot PX10, and dreaming about racing against Freddy Maertens.

When it comes to New England cyclocross aficionados, it's funny to think how many roads started in Beverly, Mass.