January 29, 2014
"So I had to leave from my country of birth
As for each child grown tall
Another lies in the earth.
And for every rail we laid in the loam
There's a thousand miles of the long journey home.

But as you ascend the ladder
Look out below where you tread
For the colors bled as they overflowed
Red, white and blue
Green, white and gold"
- Elvis Costello, A Long Journey Home.

Well, I've have seen enough of the world, am old enough, and have a slow-beating heart Celtic enough to be quite certain that Ireland will always be my 'spiritual 'home' - a quite audacious claim from a guy who can only claim to having spent a handful of days actually on the emerald isle over the past fifty years. 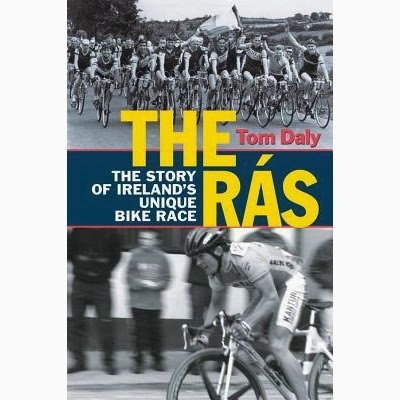 But mine is the unshakable certainty that comes from a being born into a Irish family who landed in the Boston area just a century ago, and for a couple of generations, only ever seemed in its comfort zone there. Clinging to the very edge of the new world, and all too frequently looking back over their shoulders with a tinge of nostalgic sadness at the old world left behind.

It was a famous tale in my family that my Fenian grandfather wasn't shy about wanting the Germans to win the First World War... until the yanks dove in late. But this man I was named after had two sons who became American WW2 veterans, first up to the bar when it came to putting their balls on the line for their new country.

That said, I think my family never quite fully assimilated. More interested in Cork than California. Preference for Guinness over Budweiser. 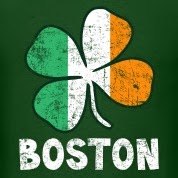 The same inner compass was passed down generations, manifesting itself in subtle behaviors you neither notice nor realize are different, until you leave the Boston cocoon.  Little things.  Like thinking it's normal to sing Luke Kelly songs as you stagger up to final call at Kelly's roast beef after a Saturday night right hoolie session at the Porthole pub. And then getting up for seven o'clock mass before riding to make the CCB Topsfield training ride at 9.

Or thinking the boss is a total eegit, and telling him in such in a way that he thinks you're flattering him.

Yup, Boston, and the surrounding area, has always been as good a place as any for an incorrigible keltic heart to call home.  There's two degrees of separation between Paul Revere's Lexington and Concord - and Pádraig Pearse and the 1916 Easter Rising.  Same enemy, same familiar liberty or death sentiment.  Don't feckin' tread on me.  An insatiable appetite for self-sufficiency.  The same working class aversion to aristocrats and phonies.  Over the year's, I've had many opportunities to transfer away, West, to places  more 'American.'  Something inside has always resisted the call to melt in that pot.

So that's why, this May I'm going back home. To ride the Rás

Or to be more accurate, to ride in the Race the Rás: An 8-day charity sportive that start a few hours earlier and literally follows the exact same route of Ireland's national Tour, the Rás Tailteann, which is now known as the An Post Rás.

It'll be 8 stages, 1,260 km.  Almost 100 miles a day. Longest day is 183k through the mountains to the Ring of Kerry.  I wanted a big cycling challenge for the year more interesting than the same New England events I've been riding forever.   (I know, I know, better watch out what you wish for...)

I'm going over to ride it with local group including at least two former stars of the Rás in the 1980's.  Guys who somewhat fittingly left their old Viking hometown of Dublin to come an plunder the US cycling circuit on the famous Killians Irish Red team.  Finding the earning opportunities greater here, they emigrated to the US, settled in New England, and built lives and families here. A very familiar one-way path.  From shared cultural backgrounds, and shared cycling experiences, they've become close friends.

"The Ras was always had this ticket over it as being the 'hard man's race' And only hard men win the Ras."
- Stephen Roche

Unlike yours truly, these friends are real 'men of the Ras': Paul McCormack won the Rás twice, in 1987 and 1988. Gary Thomson was second in 1983.  We're linking up with another double winner Phillip Cassidy, who involved with the organization.

Me? Well I'm just happy to play Homer on this Odyssey. Hey, somebody's got to write about it, and be master of ceremonies in the Pub after the ride. Hopefully the guys will remind me when to call time on the seisiun, and give me cover from being outed as that dreaded caricature yank tourist.  You know, the who goes back to the old country, causing native eyes to roll by telling everyone how Irish he is.  (You really don't want to be 'that guy'.)

No, my plan is simply let my legs earn 'old man of the Rás' status simply by finishing in the bunch everyday. And to immersing myself in places I've been longing to experience my whole life.  And my tin whistle will appear at some point, count on it!

For all of us it going over will surely be a fun journey home. I'm excited about what will be an incredible opportunity to discover the heart of Ireland, while tackling a fairly massive cycling challenge.