February 08, 2011
“I’m worried that Ricco hasn’t learnt his lesson and will mess up again.”
The highly prophetic Marco Pinotti, in a Gazzetta Dello Sport interview. 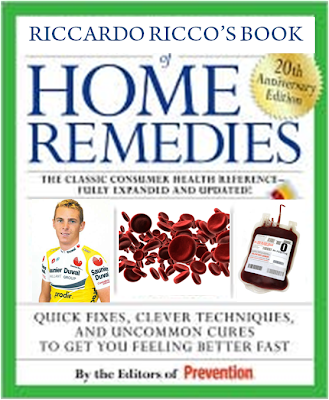 Today however, I've changed my mind.  I think I will pass judgement.  On one Riccardo Ricco.

Today's late breaking news that the Cobra was rushed into critical care in a Modena hospital after a self administered blood transfusion gone bad is all the ammo I need to set me off...

His Vacansoleil team is still reserving comment, saying it's a 'rumor'.  Well, its all over the news today boys.  And it went down a few days ago now, so stop hiding behind safe words, put down the Heineken and get your DS and PR guy to Modena to check it out.  And then do the right thing.

About a year ago I wrote a post here on this blog where I pulled no punches on my personal thoughts on Ricco.  Well boys, that rant was just a prologue. Since then I've been forced to bite my tongue as I've watched him come back, and get re-embraced by teams like a returning prodigal son. And I've had to squirm as I watched him back at the front of races.

But hey, once a snake, always a snake I say.

And speaking as a longtime, passionate cycling fan, I know I probably express the sentiments of many when I say, "Ricco you're the ultimate Rotzak Muthoofd."  For three darn good reasons.

Well, you're wrong weasel boy. You see, we, the fat unwashed huddled masses of mortals who ride for love not money are used to riding clean.  Unlike you, we have principles we won't compromise.  We accept suffering, and we can admire guys who don't win but fight with bravery and honesty.  We don't respect conniving cheaters.  And your supposed  professional status and limitless ambition are not an excuse for your behavior.  Exactly what part of sportsmanship don't you understand anyway?


Second because you betrayed the last wish of a dying man, Aldo Sassi.   “I definitely feel very a big responsibility towards Aldo, with what he’s going through. I really need to honour him on the bike”
He trusted you.  He asked the world to trust you again.  And this is how you repay it.  Nice.  You are still the Cobra - a snake bites the hand that feeds him. 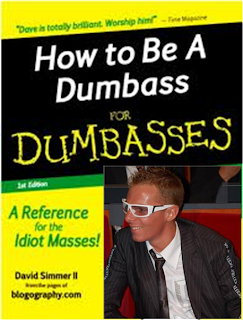 “And yes, winning the Giro without doping is possible. To do that, you have to work and do your job properly.”

And third, because you've never shown a hint of remorse for your past 'mistakes', and you're a mealymouthed dishonest twit who thinks we're all stupid.

Oy...McQuaid!   Listen up paddy, yer Boston brethren is callin' ye.   If today's news all plays out to be true, you guys in Aigle need to man up and ban the cobra for life.  And now.  Immediatement. Not after a lengthy drawn out court battle.  Step up.   Lifetime ban, subito.  C'mon Pat.  Just do it, for crissakes.

To wrap up our show this evening, Flandria Cafe presents Riccardo Ricco with 2011 Moronissimo Award.  Tell him what he's won Flahute!

"Well Eddy, the winner gets... a one way ticket to a gas station on a Milan street corner!  There, a mob of tifosi will greet him to meter out Mussolini 1945 style justice for the premeditated disrepute he's heaped upon this sport we all love and support."


"But wait, that's not all. He's also win...a lifetime ban from the UCI...and several years in prison!"