February 11, 2011
Here's my antidote for a week of news filled by dopes like Riccardo Ricco:  Some images taken at De Ronde van Vlaanderen in 2006 while waiting for the race to arrive on the Muur de Geraardsbergen. 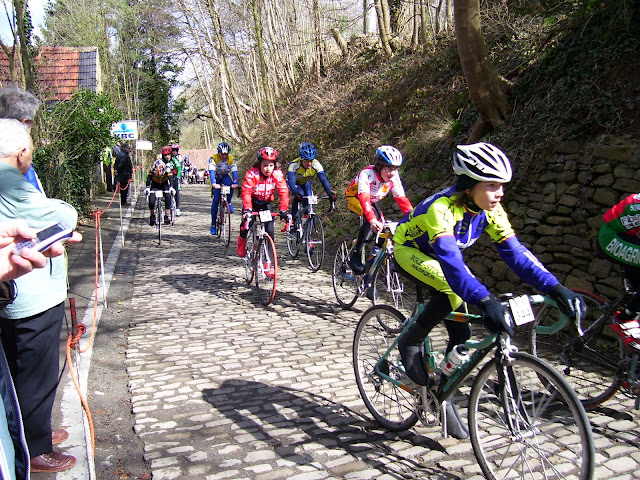 A pack of young cyclists in a nieuwelingen event, some riding alongside supportive dads, tackling the same climb Boonen and Hoste would fly up a few hours later.  The sudden impromptu appearance of these earnest, wide-eyed youngsters will always stay with me as the most poignant memory of that day.  A most fitting, perfect expression of the endless life-cycle of wielersport.  Flowers were blooming on the pave as well as along the roadside that beautiful spring afternoon.    I remember thinking that somewhere up there, Gus van Cauwenberghe was looking down on his old hometown, smiling. 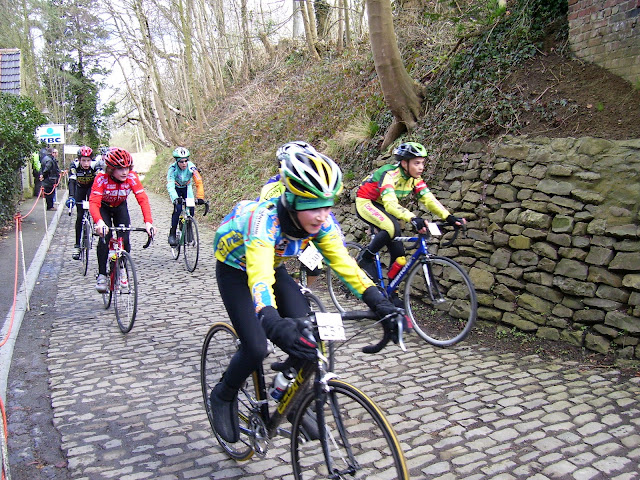 The sporting purity expressed by the kids in these images warms the soul, and serves to remind us about all that's great about cycling...

...and why vlaanderen will always be the ultimate crucible for forming a cycling soul.

Vlaanderens Mooiste?   I'd argue 'flanders most beautiful' is not the race, it's rather the children of flanders, who generation after generation, perpetuate the race of flandriens. 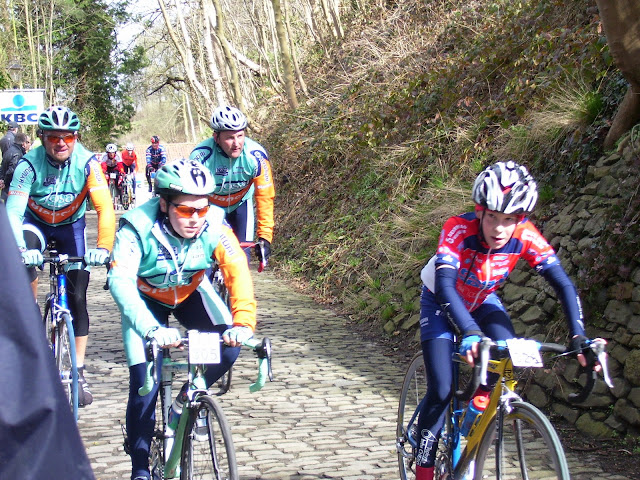 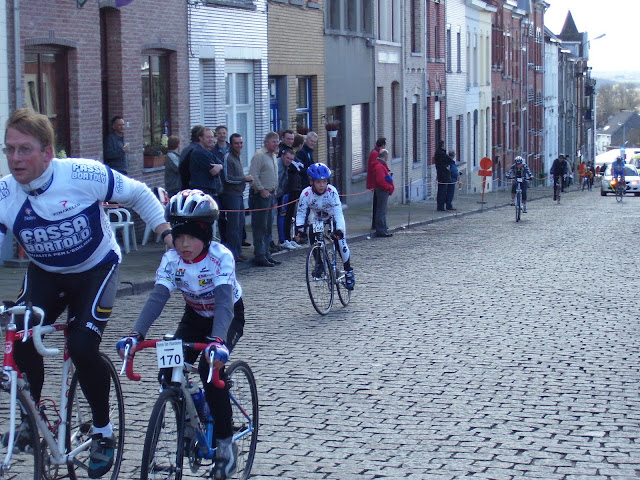 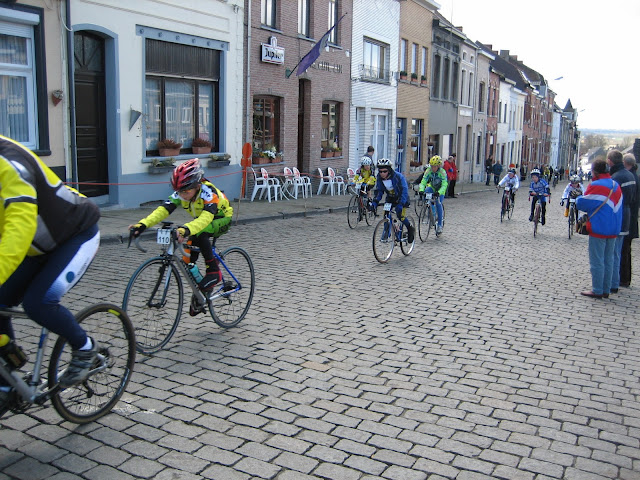 Get ready flahutes...April, and vlaanderens mooiste is just a few months away!  Get some riding in this weekend! 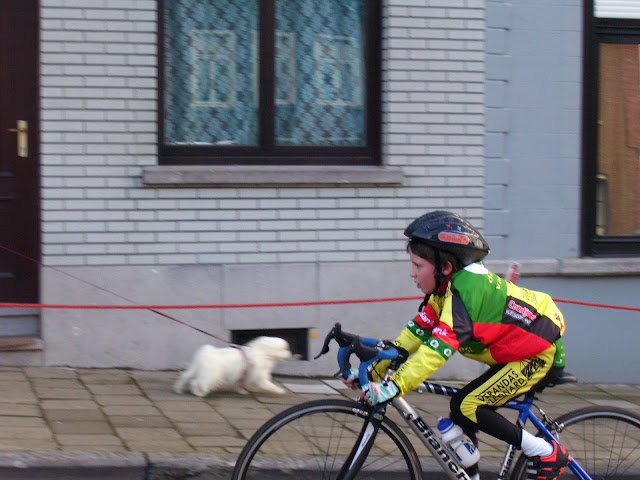