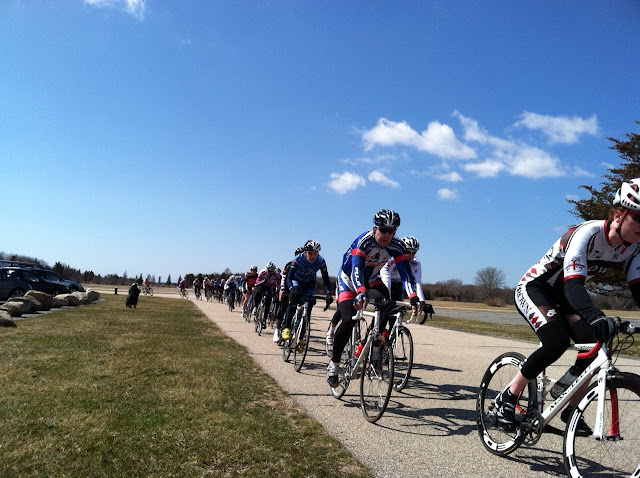 Today?   Well, it was exam time.   I rode my first race of the season, the Fuji Chris Hinds Memorial 45+ masters criterium in Charlestown RI.  A 0.8 mile course on an old Navy air base just a stone's throw from Charlestown beach.  The airstrip was converted into a crit course that's a regular training race fixture in these parts.  The only thing like the Ronde is the wind.   There was plenty of that!   No sitting in in this one.  The Arc en Ciel team got the ever-strong Randy Rusk off early.  Gear Works/Spinarts Tommy Stevens bridged up to him, and they stayed away. 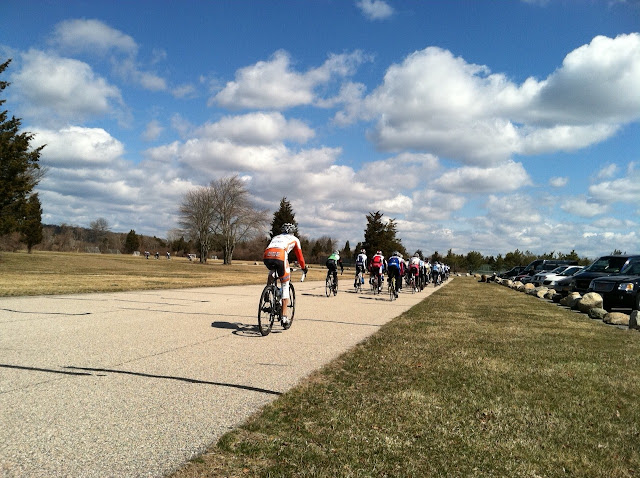 Behind, it was an echelon fest that shed many by halfway.   I was hanging in, but a nearly 30mph line-out in a cross wind that lasted 2 full laps about 2/3rd of the way through the hour finally gapped me off.  It was that classic moment of truth...you know you're on the ropes, seeing double, so you go all out in a desperate attempt to stay connected, praying for a slowdown to recover,  knowing that if you blow, you're not coming back.   I chose to go till I blew... and when I did jongen...well the concussion from the explosion could be felt all the way across the ocean in Oostende.

No worries though, I just kept riding as hard as I could and finished, despite getting lapped.   Grade?  C minus.   Hopefully I'll do better next week at Battenkill.    Could still stand to lose 7 lbs or so.   A good ol' fashioned ass-kicking was probably what I needed to light a fire under my butt.

Rusk dropped Stevens on the last lap to take a great win, but I was glad to see my old friend Tommy Stevens do a such a strong ride today.   We'd warmed up together, Tommy was telling me about the contrasts between US and Belgian masters cyclocross racing, and mentioned he was worried about getting dropped. ...Well Tommy, it was you who did the dropping today! 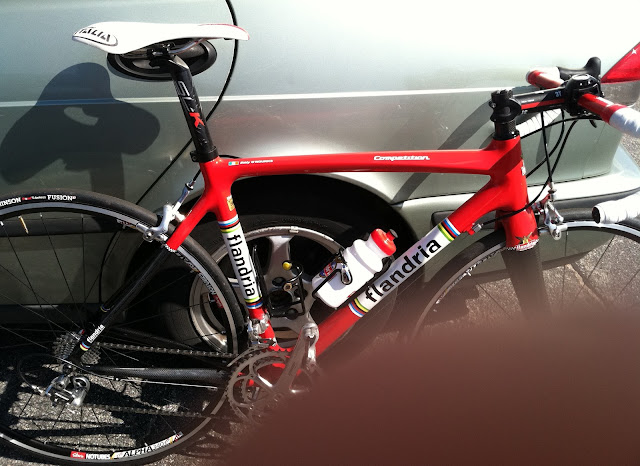 My new Flandria Competition was great to finally ride in anger.   It felt very smooth and handled a lot better than the Bianchi I was on last year.    My teammates' shipment of their Red carbon Flandria competitions just arrived at our Service Course yesterday.   They'll soon get to see what I'm raving about.

Today was the maiden voyage of a spanking new set of Stan's No Tubes Alpha 340 Pro wheels - 1200 grams and Hutchinson tubless tires - schweet!   Felt like tubulars to me.  Without all the hassle of rim cement.   They cornered like they were stuck to the road, and there was some loose stuff on the verges that the echelons pushed me into several times.    Whole bike is 16.2 lbs, with retro 2001 Alloy Record crankset, old TIME pedals.   I've no excuses in the equipment department, todays failure to be there at the end were solely those of my own legs, head and lungs.

Speaking of Flandria, across the pond, Adam and the UK Flandria gang were doing the Ronde VanVlaanderen Cyclo event today in Belgium.  The Ronde is on the other end of the atmosphere spectrum from windy Niigret park... unless of course you do the full distance starting in Brugge and ride out to the coast.   There you get miles of desolate flatlands and wind past fields and factories.  Two degrees of separation.   When you're lined out in an  echelon over 27 mph, it all blurs together.

The wind today brought on thoughts of tomorrow's Ronde.   A group of us are getting together over beers tomorrow night to watch it on Versus at Marc DeMeyersteins.  Should be a good craic.

It seems like most of the pundits, and those that make the odds (below) are ready to give Spartacus the flowers already.    Although he's a safe, smart pick, my support is going elsewhere.

Nothing against Cancellara, but I'd love to see Philippe Gilbert score in Vlaanderens mooiste tomorrow.   What I like about this kid, is that he's so aggressive, old school.  And pulito...clean as a whistle.   Allez Phil!   In fact, I'd wager a lot of the vlaamsesupporters would like to see Phil win tomorrow - Flanders favorite French-speaker.

The last Walloon to win the Ronde?  Got to go way back to Claudy Criquielion, in 1987.   He rolled off the front of a group of favorites in the run in to Meerbeke.   Favorite Sean Kelly chose not to chase his friend, a fellow farmer's son and an old roomate from their days together on the Splendor team.  Eric Vanderaerden and his Panasonic boys were keying on Sean, who everyone knew was just dying to add this missing prize to his classic victory list.  Only Sean didn't take the bait.   And that, as they say, was all she wrote. 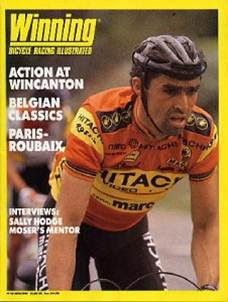 Claudy was a Walloon, but he was also a near-local to the Ronde.  His home village of Deux Acren is just a few klics from the Muur.   I rode through there once accidentally on a cold winter day after taking the wrong road off the Kappelmuur, trying to find the Bosberg.   Small village, blink and you miss it.  A peaceful place, very quiet - every direction a muted melange of grey, green and mist framed by tall black trees against an off-white sky on the distant horizon across the fields.    I remember a guy in yellow and fushia Lotto gear on a pristine gleaming Eddy Merckx coming the other way, punctuating the greyness in a retina-shocking flash of '90's neon color.   Totally pro looking.   Claudy maybe?   Nope.  He was about 65 years old.  He nodded as he passed, but didn't smile.

Phil Gil's home is on the other side of the country in the Ardennes - real Wallonia -- but like Claudy, he grew up similarly adjacent to the another famous climb in Belgian cycling.  Phil's was born in Remouchamps, the foot of Liege Bastogne Liege most famous crunch-time climb.. Le Cote de La Redoute.   A road that has PHIL painted on it about 659 times.   Remouchamps is a great town to base yourself if you ever want to ride the Ardennes.  Makes our Rik van Bastard loop here look like kid stuff. 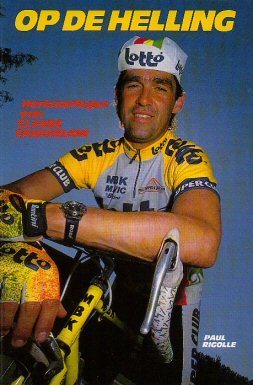 Well, we'll see tomorrow if Phil can pull off what he tried a few years ago on his home classic - a long solo break came to grief on La Redoute.  Phil's got unfinished business in both of these classics.   With  Cancellara, he's undoubtedly one of the strongest riders at the moment.

It should be a great battle with so many men in with a good chance.  Boonen is back from illness.  Nuyens is on great form.    The Garmin trio of Haussler, Husovd and Farrar have a lot of pressure on and are looking to score.   Chavanel and Voeckler are both on great form.     Here's the odds from Ladbrookes.


Enjoy the Ronde Flahutes.   And don't forget to have a super ride tomorrow too!