Flandria bikes: The red guard is back! 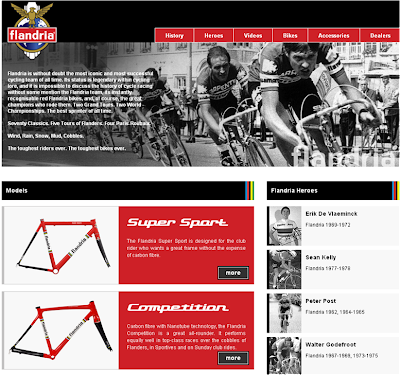 After some months of a what was a placeholder website, it appears the new Flandria bikes site is up and running.

Seems like those enterprising guys who rescued the Flandria brand have relaunched the range in a big way in both Belgium and the UK.

Check out the new site and range here.  There's some great old videos of Flandria heroes in action.

Their new bikes are a blend of the timeless Flandria graphics applied to modern carbon technology and design.

Kudos to the new Flandria for offering a range of executions so true to such an important tradition.   The word 'important' gets used all the time in the vintage car world, particularly when replicas are discussed.  We tend not to give it the same reverence in cycling.