Photo of the Day: The most wonderful time of the year... 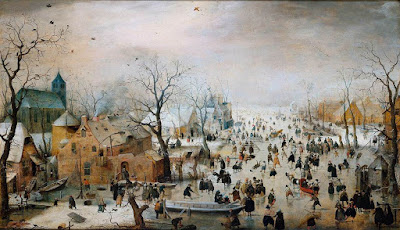 Constants embedded into low country cultures. One mainstream, one niche. 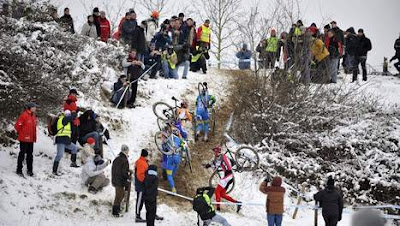 A contest of speed and strength, favoring the snel and sterk. 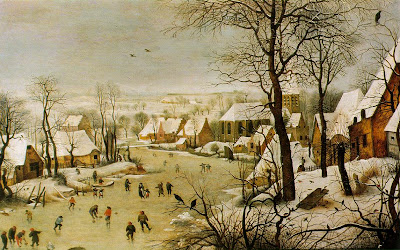 Finally, a winner.  A brief, low key celebration, appropriate to the event's station.

Observers with knowledge lurk with respect and reverance, supporting the combatants.   No losers.  Only participants with ruddy cheeks, rubbery legs and oxygenated irises from the natural drug called wintersport, in open air.   Icarus brought back to earthy people with back pats, a few words, and warm clothes. 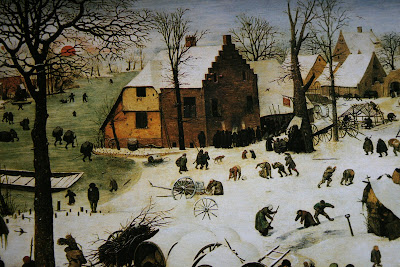 Then at dusk, home to hearth, warmth, and hygge.

Early darkness eliciting woulda-coulda-shouda stories over a hearty meal, and a glass of beer in hopes that sustained conversation can delay the imminent arrival of a new week of toil and drudgery.  A week that endured with dreams of next Sunday, another venue, another contest.

I'm pretty sure Bruegel would have understood.