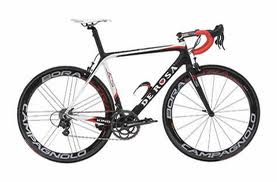 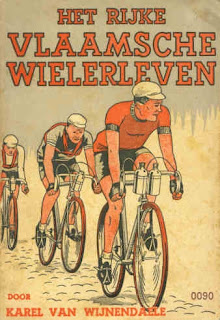 sporting contest between men, not equipment.  And when the conditions are bad, and that voice inside says no more, it's that cycling soul that you draw on to hang on that little bit longer.  La Voglia as Bartali called it.  That desire to turn the pedals around one more time.

So whenever I’m trapped with guys debating the virtues of this or that pedal’s cornering angle or carbon stem weight, as the voices fade to Charlie Brown teacher wahh wahhhhh.... I just go glossy eyed, check out, and nostalgically reminisce.   About Gus. 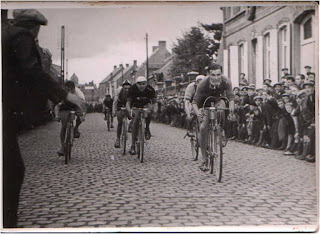 competitors believe he was ‘dood moe’ - dead tired, only to jump ahead and win at the end." In nine months, he won 72 races, believed to be a record at the time. As a teen, he was suddenly earning more money than his father made in a year.

Closer to home, he took third place in the Gent-Wevelgem spring classic. Called the "Sprinter's Classic" today due to its flat finish, Gent-Wevelgem is known for the negotiating the Kemmelberg - a hill paved with cobbles. Back before World War II –Ghent Wevelgem was not the sprinters classic it’s become today, but a super-hard classic that covered dozens and dozens of miles of broken cobbles… many around the Kemmelberg still broken by the battle of Ypres that made that hill a tomb for millions during the 1914-18 'war to end all wars'. To cap off his neo-pro year, Gus was 3rd in the Omloop Van Belge (Tour of Belgium). Not bad for a debut.

In 1939, seeking new opportunity, he switched to the another French team – ‘Armour’- along with Luxembourg’s Clemens brothers. The year was a sophomore slump – a year without major successes.  Gus finished 38th in Belgium’s most presigious race – the Ronde Van Vlaanderen (Tour of Flanders) 18 min. behind the winner, Karel Kaers.

The next year his Ronde went better. On March 31st, 1940, with Europe already in the clouds of a World War Two, Gus finished 16th overall in the Tour of Flanders. Then just as the spring classics ended, on May 10, the German Army blitzkrieg overran Holland and Belgium, and just as suddenly, and cruelly, Gus’ dreams of international professional cycling stardom were ended by the darkness that was World War II.

During the Nazi occupation, cycling racing did continue in Flanders. The Germans went a little easier on the Dutch-speaking Flemish Belgians than they did on those they occupied in many other countries, and they wanted to keep the appearance of normalcy as much as possible.  Many of Gus’ fellow pro riders continued to race for their daily bread, often as individuals, and winning in-kind merchandise. Gus tried to make a go of it till 1942, but eventually, he gave it up.  Always practically minded, the money just wasn’t there.  So the training stopped and the race for survival began. 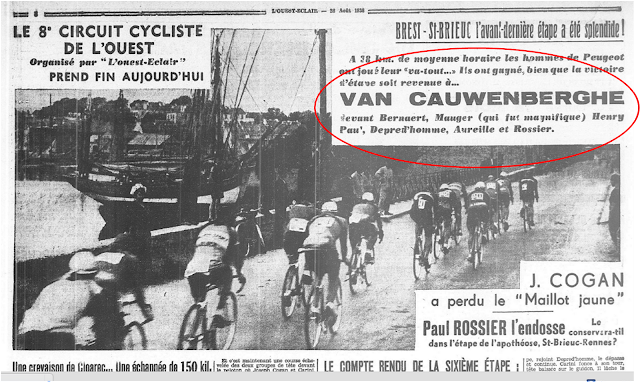 When the war was over, Flanders tried to recover from the umpteenth time of being Europe’s battlefield.  But for Gus, the thought of what might have been haunted him.  He later said that when racing resumed in Flanders, he couldn’t bear to look at a bike.

little research, verifed the old man’s claims, and immediately became one of Gus’ first disciples, riding several times up week up to North Hampton to be trained the Gus way.


wave of the hand: 'It takes at least 3 years to make a top bike rider. You’ve only got one down. I know what I’m talking about. Don’t worry, stay at it…take it one step at a time'

He was a man with the bike so embedded in his soul, he raced until his body wouldn't let him anymore.   Not for money.  Or for fame.   He rode because of who he was, the quintessential Flandrien.
Gus' example has grown in meaning for me as I've entered masters-age.   Racing later in life for the love of the sport:  That's the soul of cycling.   If  a guy who'd once been a star, had a promising career taken away by war and adverse circumstance, still returned to the bike - what excuse do we have?

I ask:  Who's the real champion:  the modern pro EPO doper-cheater... or Gus VanCauwenberghe?

Gus' Bike shop is still in operation, and has a website.  To remember Gus, the current owners ran a retro type event this year on the L'Eroica format.  Appropriate.   Go ride it next year.   Bring an old bike.  Wear wool.

The soul of cycling?  Gus VanCauwenberghe.   No doubt.