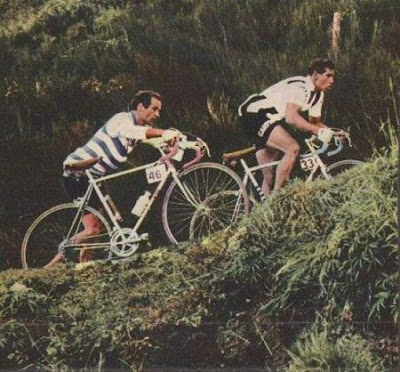 
Dismayed by what he perceived as a Giro Lombardia that had become too 'easy' a classic, director Torriani discovered and inserted a new steep climb into the 1960 -1962 races - the Muro di Sormano.
For 2010, it's next door neighbor the Colma di Sormano is on the route.  Let the pigeons loose!   They should have used the Muro instead.

World champion Ercole Baldini used a 44x29 in 1960.  Anquetil used a 42x27.    Van Looy was pushed up by spectators.   Anquetil was quoted saying it would be impossible to ride up. 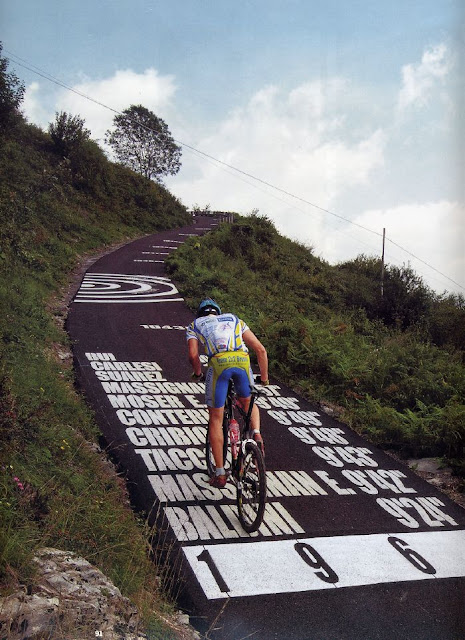 It was a climb conquered in those years by names pretty much forgotten nowadays.  Imerio Massignan.  Emile Daems.  Jo de Roo.  Vito Taccone.  Fortunately not forgotten by those local afficionados who saved and repaved the old broken climb just a few years ago.  It's been used for some Gran Fondos, and amateur time trials.

If you ride it today, you can see those names still painted on the road with their times back then.   And in your delirium, read quotes made about those memorable races by men long gone.  And count down the meters to go.

The leader over the more conventional, alternative road to the top  at Sormano tomorrow will have to descend like a madman, ride a 20 km pursuit back to Como, climb the San Fermo di Battaglia, and swoop down the final 2k to the lakefront finish.  It'll still be some finale.    Expect the action to start on the Ghisallo, some fireworks on the Colma Sormano, and no let up till the end.    It could be the classic of the year.  It would be for sure, if the organizers had the balls to use the Muro instead. 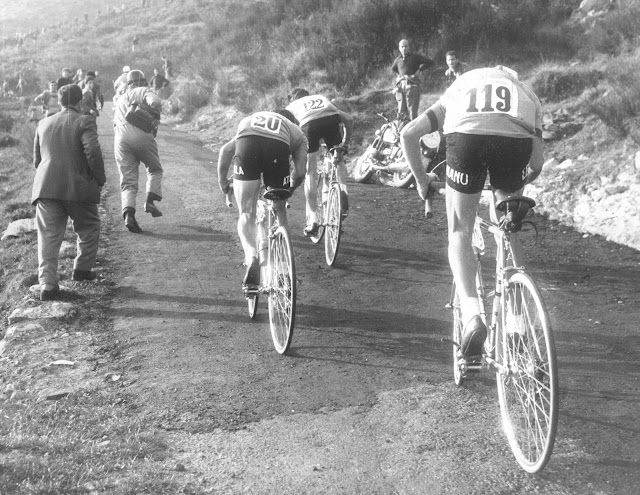